Things to do in Quito, Ecuador 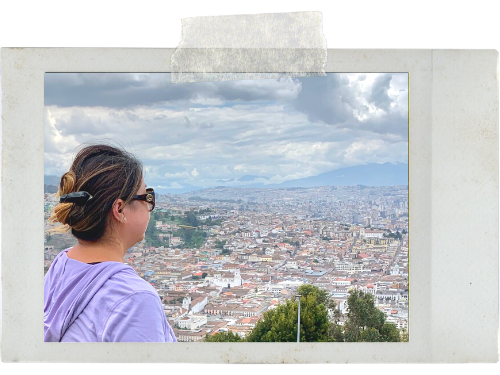 Ecuador’s capital city of San Francisco de Quito was named the very first UNESCO World Heritage city. It proudly possesses one of the most extensive and best-preserved historic centers of Spanish America. Explore Old Town Quito to feel like you stepped back in time.

Quito is located just south of the equator in the Andes valley on the slopes of Volcano Pichincha. I was on my way to the Galapagos Islands and was glad I spent time here or I would have missed out on an impressive place.

Middle of the World

There are actually two sites with monuments marking the equator line. The first or original equator was pinpointed in 1736 before modern GPS and is referred to as “Mitad del Mundo” (Middle of the World).

The new more accurate equator line is actually almost 900 feet (240 meters) north of the original line. A really big monument was already built at the original site so it still stands there today. LOL.

Museum Intinan is where you will find the newer equator line with interactive activities and displays. They have a few resident llamas as well.

You can take a guided tour around the museum and your guide will show you a few special equator tricks that you can try for yourself, such as balancing an egg on a nail, walking across a straight line with your eyes closed, and showing that water swirls around in different directions on either side of the equator. It’s pretty trippy, so don’t just watch others do it – jump in!

El Panecillo was once a place used by the Incas to worship the sun, then it was the home to a Spanish fortress. Now the Virgin of El Panecillo stands on the hill since 1976. It is the tallest aluminum statue in the world and is made from 7000 aluminum pieces. It is also the world’s tallest winged representation of the Virgin Mary.

From El Panecillo, there are 360-degree views of Quito. The hill was named Bread Loaf Hill because it looks like a little, round loaf of bread.

The La Compañía de Jesús in Old Town is the most ornate baroque church in Quito. No pictures are allowed inside, so you should take your time to explore all the details and take it all in. I found a place to sit for a bit and just marvel at the place.

If you love architecture and craftsmanship, you will not be disappointed. Construction lasted 160 years and the main altarpiece took 20 years to make.

The Plaza Grande is the central public square and has most of Quito’s main administrative buildings, including Ecuador’s Presidential Palace, the Archbishop’s Palace, the Metropolitan Cathedral of Quito, and the Municipal Palace. You’ll also find many fountains, statues, monuments, and churches.

The memorial, commissioned in 1899 and unveiled in 1906, symbolizes the country’s victory in its war for independence from Spain. Every Monday morning, you can witness the changing of the guards of the Presidential Escort, Tarqui Grenadiers, in the Plaza.